The Raiders project, completed in 2004, though complete in itself, is best viewed in context as a complement to another piece, “Art Must Be Beautiful, Artists Must Be Beautiful or Being Hot” completed in the same year. For reasons that will soon become clear, this series does not appear on this site, but below is a description and analysis of the relationship between the two works.

I am acutely aware of the ways in which different gender stereotypes lend power to those who subscribe to them. I wish to place myself in a position to wield that power from all angles. My work explores my own identity by isolating and exaggerating my most “masculine” and “feminine” characteristics. The result creates a complex portrait of my relationship to my own gender, how it relates to issues of power, and my struggle towards androgyny.

My fascination with football and sports heroes stems from my love of the game, but also from an intense obsession with the idea of “masculinity,” and the virile, brute strength that I feel connected to spiritually, but not physically. I will always have to be a bystander in the world of professional sports, which is precisely what attracts me so strongly to it.

In order to create a situation in which the spectator and the spectacle are finally one, and to highlight my identification with the rough and tough world of tackle football, I invented several documents of my career as a rookie wide-receiver on the Oakland Raiders. In my fantasy, this player is one who is single-handedly turning around Oakland’s mediocre offense, and who just so happens to be a female.

I went to great lengths to cover every aspect of my alter-ego’s career and to blend it with my own history. I tried to stretch what I know of myself to imagine how my strongest attributes would play-out in the world of professional football. I drew a lot from the players I admired. The result is a layered identity, complicated by gender, and cultivated from the space between who I am and who I imagine myself to be.

While the Raiders profile allows me to play with my “masculinity,” “Art Must Be Beautiful, Artists Must Be Beautiful,” is an similar attempt to reach out to my “feminine” side. This piece, named after Marina Abromovic’s video of the same name, was a month long performance that I completed in the fall of 2004. I spent the full month grooming, watching my weight, frequenting tanning salons, getting manicures and pedicures, getting my hair done, waxing etc. At the end of the month, I organized a nude photo shoot with a professional photographer, which appropriated the style of the Playboy pin-up. I kept a journal of the entire experience and recorded the preparation, the shoot, and the aftermath, including the reactions of my family and friends.

The manuscript of the journal, and pictures that captured the entire process were included in a scrapbook. The twelve final pictures, which I retouched using Photoshop, were printed on thin, glossy paper, and like the Raiders piece, were printed magazine size in order to reference the Playboy pin-up.

In appropriating the very themes found in pin-up centerfolds, my Raiders character found a new outlet. The very same paraphernalia used for my Raiders documents, appear in the pin-ups. This helps to create a dialogue between them. The combination of “hot chicks and sports” is a commonly employed theme in pin-up magazines, and it is interesting to note that a woman's “masculine” interest in sports is sometimes attractive to men. This phenomenon further complicates the two rigid gender roles by introducing a somewhat homoerotic element.

This piece, by the end, touched on several issues. What started as a joke became very serious. I became this woman, obsessed by grooming. My relationship to the woman in the pictures was unclear. I wondered if I was creating this piece strictly out of a need to “be hot” or because I wanted to expose the folly of those women who feel that way. Were these pictures “empowering” or “degrading?” Was I usurping the power of an aesthetic used to objectify women by owning it? Or was I just kidding myself? Did I like myself as this person? How much of me was actually present in this person?

The answers are in the journal. They are not clear or straightforward and most of the time, they contradict themselves depending on the circumstance. But there is the suggestion that all of the above possibilities are valid, as my relationship to these pictures and to myself as an “object,” as a “beautiful woman,” is more complex than any one of these questions. In the end, I find my motives too complicated to pin down.

My identity lies in the space between these two personas: the sports hero and the bunny, and is based in our society’s representation and idolization of both of these icons. It is a multifaceted identity, which, in its exaggeration of traditional gender stereotypes and its incorporation of both simultaneously, defies them and creates a new model for identity in relation to gender.

When experiencing the works in tandem, the end result is a portrait of identity that seems too entrenched in gender stereotypes to actually represent any of them, and an implication of a hybrid between the two in order to maximize personal power. 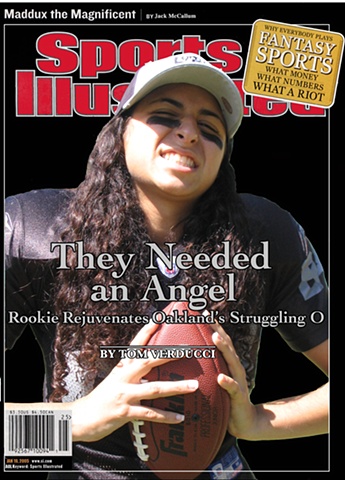 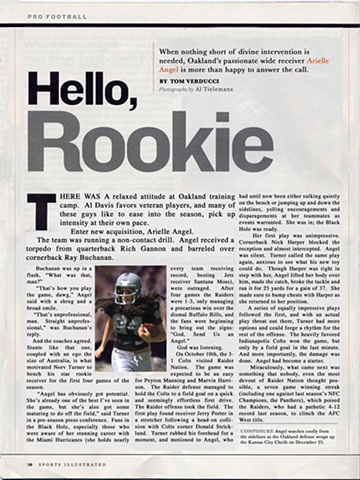 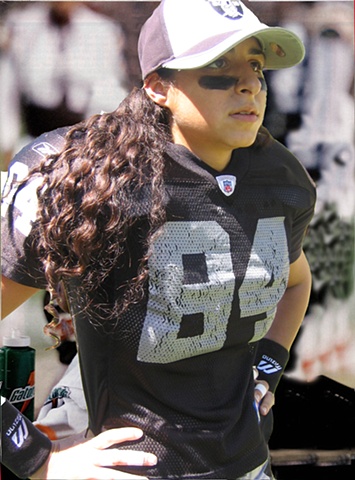 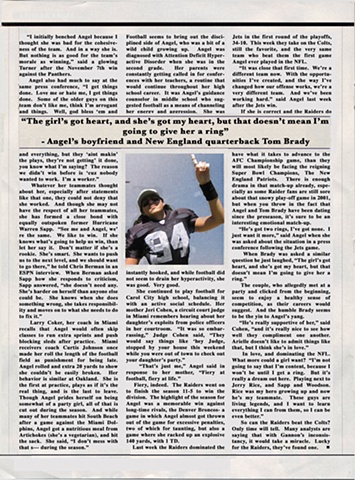 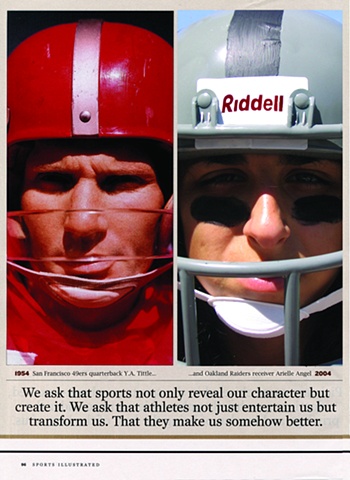 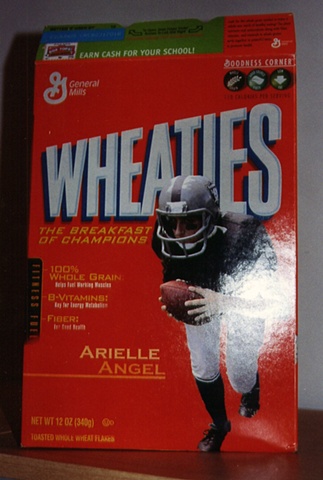 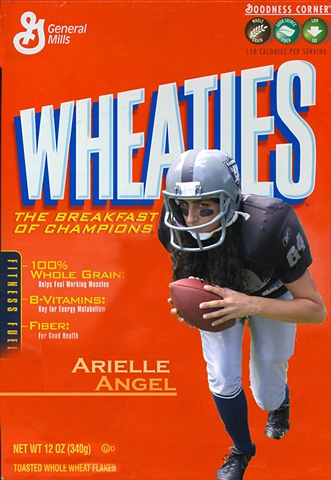 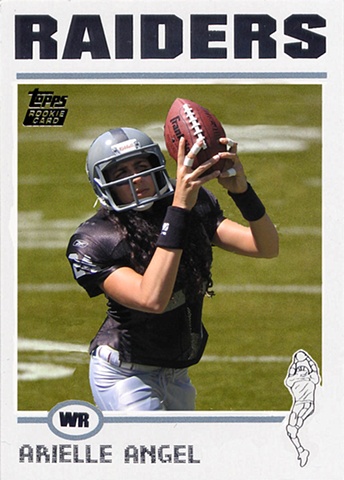 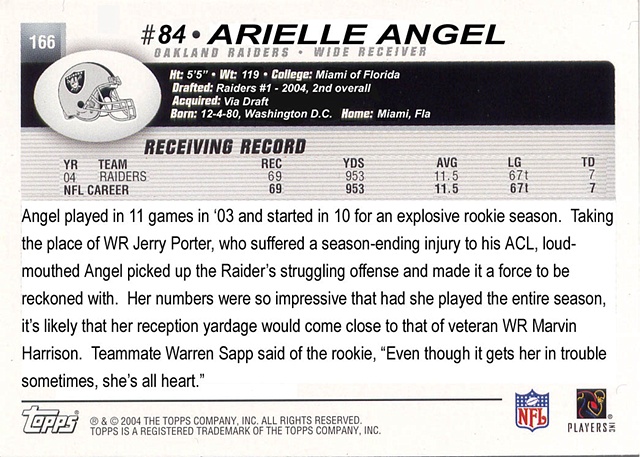 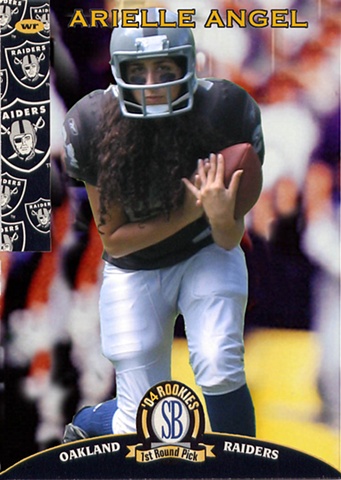 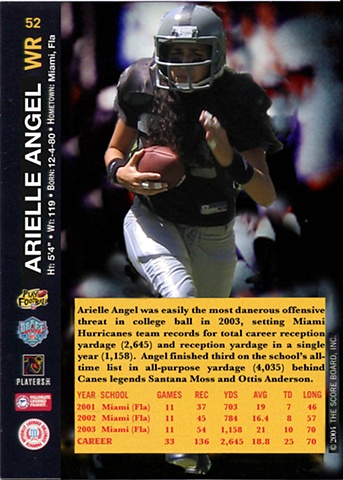 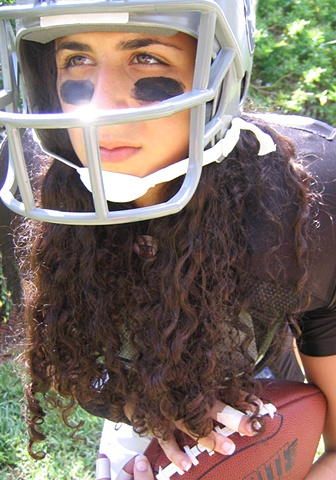 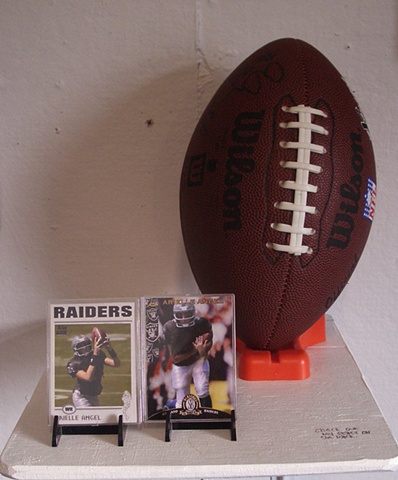